IBM Connections How To Configure

Before you begin, make sure to check the prerequisites to Create User account and Set Access Rights.

Launch Aspire (if it's not already running). See:

To specify exactly what shared folder to crawl, we will need to create a new "Content Source".

In the "General" tab in the Content Source Configuration window, specify basic information for the content source:

After selecting a Scheduled, specify the details, if applicable:

You can add more schedules by clicking in the Add New option, and rearrange the order of the schedules.
If you want to disable the content source just unselect the the "Enable" checkbox. This is useful if the folder will be under maintenance and no crawls are wanted during that period of time.
Real Time and Cache Groups crawl will be available depending of the connector.

Step 2b. Specify the Connector Information

In the "Connector" tab, specify the connection information to crawl the IBM Connections. 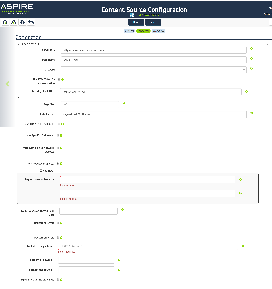 In the "Workflow" tab, specify the workflow steps for the jobs that come out of the crawl. Drag and drop rules to determine which steps should an item follow after being crawled. This rules could be where to publish the document or transformations needed on the data before sending it to a search engine. See Workflow for more information.

After completing this steps click on the Save then Done and you'll be sent back to the Home Page.

Now that the content source is set up, the crawl can be initiated.

During the crawl, you can do the following:

If there are errors, you will get a clickable "Error" flag that will take you to a detailed error message page.

If you only want to process content updates from the IBM Connections (documents which are added, modified,  or removed), then click on the "Incremental" button instead of the "Full" button. The IBM Connections connector will automatically identify only changes which have occurred since the last crawl. There is an issue with IBM Connections REST API, because for some changes or additions in the applications like activities, forums or wikis, the rest API returns Update as an action instead of Add. So, keep that in mind when running an incremental and the connector reports an update item instead of an add item.

If this is the first time that the connector has crawled, the action of the "Incremental" button depends on the exact method of change discovery. It may perform the same action as a "Full" crawl crawling everything, or it may not crawl anything. Thereafter, the Incremental button will only crawl updates.